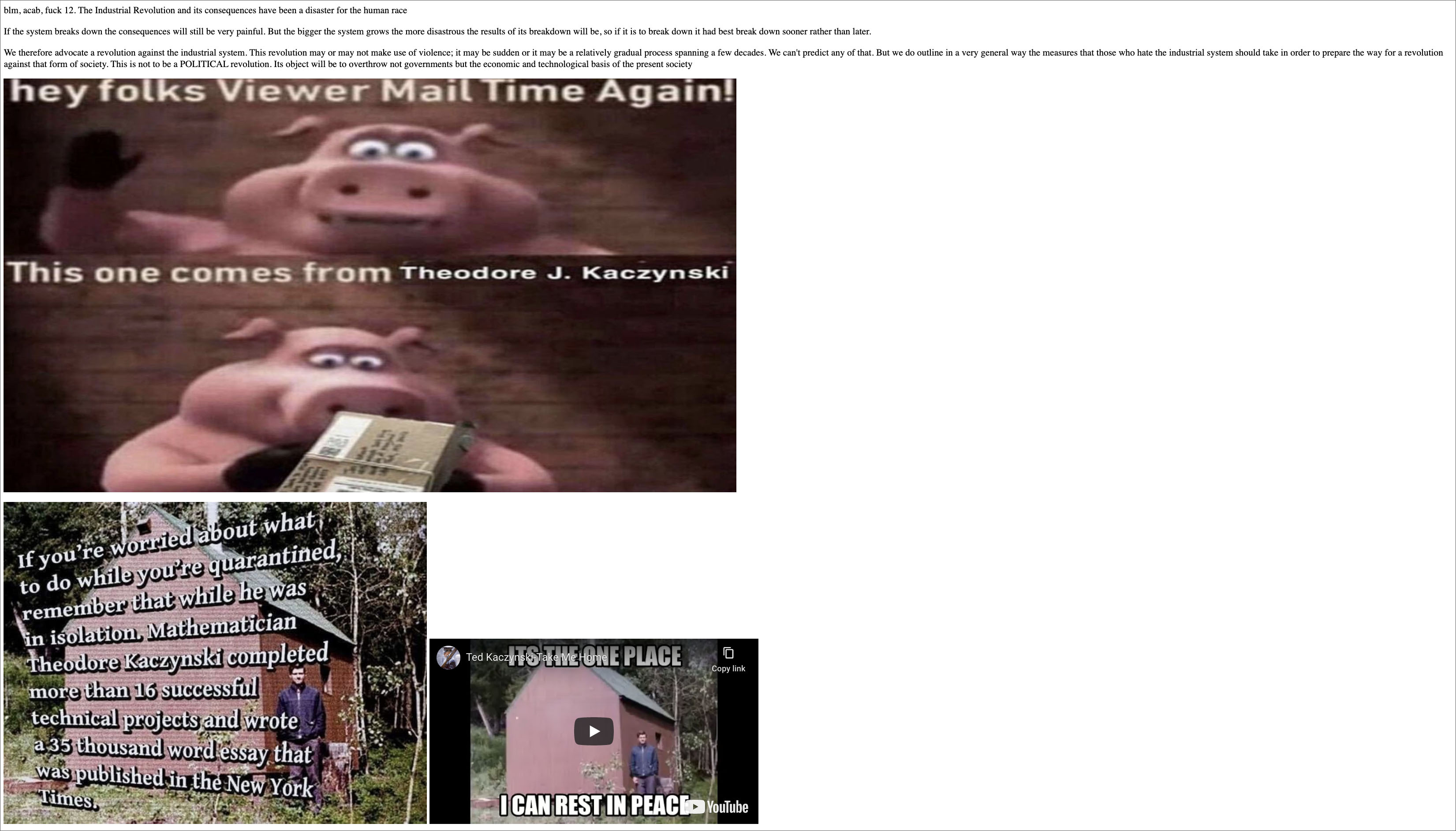 The hack was apparently perpetrated by allies of Black Lives Matter, who included phrases like “Fuck 12” and “ACAB,” which mean “Fuck the Police” and “All Cops Are Bastards.”

The website now shows memes and a Youtube music video about Kaczynski, a convicted terrorist who advocated for the overthrow of what he called the “industrial-technological system” outlined in his manifesto “Industrial Society and Its Future.”

The hack apparently occurred sometime between 2:30-3:30 PM CST on Sunday.

This is the left — they’d rather promote actual terrorism than let free speech flourish.

Newswars.com will be back online as soon possible — please check back for developments.

40 plus cities face an army of mainly leftist crybaby millennials that have descended on America.