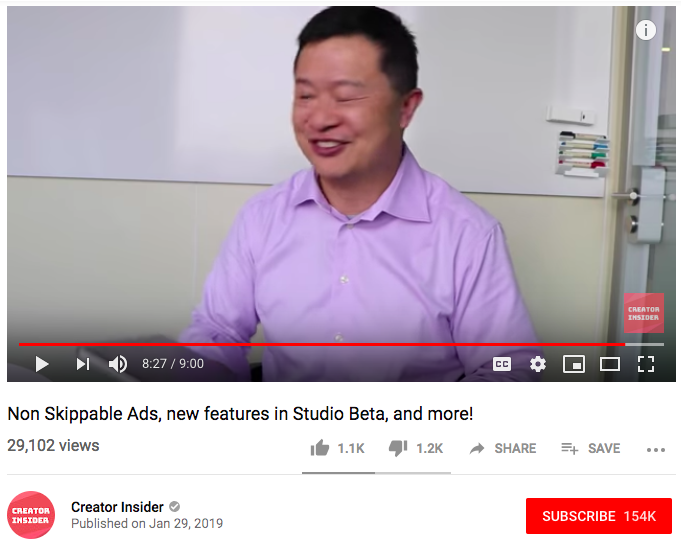 In a ‘Creator Insider’ video aimed at YouTube content makers, project management director Tom Leung gingerly broached the subject of removing the “dislike” button – but only to combat trolls, he stressed. Users were not amused.

Leung was careful to emphasize that he was merely sharing an “early conversation” that had been “lightly discussed” – and that censorship was only a last-ditch necessity for combating the menace of the so-called “dislike mobs.”

As cringingly apologetic as Leung was – to “remove dislikes entirely from YouTube,” he admitted, was “a very extreme option” and “not super democratic” – Twitter lost no time tearing him apart. “Dislike mobs” are merely “brigading” by another name, a phenomenon YouTube previously ignored, and many suspected it was the matter of who was getting brigaded that had raised YouTube’s hackles.

While others assumed their motives were more…political

The title of this article should say, "monopoly technocratic multi-national corporation seeks to silence the last possible way for people to stand up against the propaganda and disinformation they shove down our throats!"https://t.co/EIkM3Ww5z4

This is like when websites eliminated their comment sections. They're angry at their own audience rejecting their propaganda.https://t.co/sfvkIJtsCO

I’m sure the comment section will be next. Eventually ALL forms of communication will be censored. They don’t want us to know they’re manipulating us into hating/fearing each other. They thrive off fear, lies, & hate.

@SusanWojcicki is the worst thing to happen to @YouTube Removing the Dislike button would be platform suicide. People would have to leave hate comments instead and the algorithm would just promote it as “trending”. How about just fix all the other issues on the site? @TeamYouTube

Now that there's no dislike button, the haters can't hate on a video! Brilliant idea YouTube! Good thing there's not like a place where they could write down their opinions on a video, completely defeating the (probably fake) purpose you gave.

Surely silencing the opinions of your userbase and consumers is the best way to remove negativity completely. "Hundreds of thousands and possibly even millions of people do not like something we/a huge corporate presence did. Clearly, they are wrong."

Joe Rogan and Jack Dorsey are promoting bitcoin cryptocurrency apps that they both have invested in in a new “pump and dump” scheme. Alex breaks down how they actually use their fans for profit.

The more perceptive users reminded YouTube that the dislike button on comments stopped working long ago.

The dislike button on YouTube comments is literally useless

THE THUMB DOWN BUTTON DOESN'T EVEN WORK

Others found it telling that “dislike mobs” were a criminal offense when the platform had harbored fake “likes” for years with no protest.

This presumes dislikes are dishonest mobbing behaviour but that likes are not. That’s quite a telling asymmetry https://t.co/MA5vE6G4rZ

whatever they end up implementing, it'd be best if they applied it to 'likes' as wellhttps://t.co/wmUdrjdWTQ

And some creators genuinely couldn’t understand why YouTube would ditch a helpful feature.

Wait so YouTube is removing the dislike button? Why? It's helpful for content creators to see if the audience likes what they did and it helps the viewer see if it's a good quality video or not.

I don't mind getting my videos disliked. 100% disagree with removing the future, it's supposed to give us an idea of what people enjoy as far as our content. My only wish is that people had to give some sort of feedback on why they gave a dislike

Wait, am I missing a joke or is YouTube actually considering getting rid of the fucking dislike button?

Every day, Youtube gets one step closer to removing the "You" from the name.