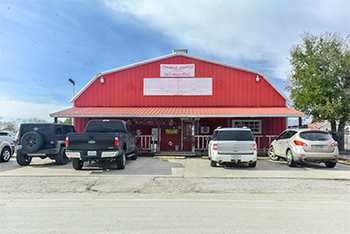 A Texas firing range offering free concealed handgun courses to members of the LGBT community has had to open several new classes after being inundated with requests for lessons.

Owners of the Shiloh Gun Range on the outskirts of Houston say they’re doing their part to ensure their fellow Americans have the means to protect themselves following the tragedy that struck Orlando over the weekend.

Originally dedicating two days toward free classes, the gun range announced via Facebook Wednesday that “due to overwhelming demand” Shiloh Shooting would be offering additional classes.

“Please call us,” a recent Facebook post reads, “as we can’t access our voicemail due to the volume of calls and our email server has crashed due to the number of emails. Sorry for the inconvenience and thank you for all your support!!!”

Speaking exclusively with Infowars.com, managers at the store indicated a fifth training class just reached capacity and that they’re working on filling up a sixth course.

“We keep opening up new ones,” an employee named Jackie stated. “We’ve been inundated with phone calls ever since the news went out on it.”

Jackie, who says the course normally costs $69, adds that a $25 training or refresher course is offered beforehand for people who have had little to no experience using a handgun.

Shiloh general manager Jeff Sanford says his offer stems not from a marketing standpoint, but from a desire to rally more people behind the Second Amendment.

“This is an effort to reach out to a very small but vocal and passionate community that can be positive advocates of the Second Amendment for us, and if people don’t agree with that then they’re absolutely wrong and they’re not the advocate they think they are. We need these people on our side,” Sanford told Infowars.

Sanford says LGBT members have thanked him for reaching out to the community and making them feel welcomed where they might otherwise feel out of place.

“Everyone of them that I’ve talked to has told me the same thing; they said they never thought they’d be able to come in to a gun range and feel welcome and that’s why they haven’t done this before and this is the first time they’ve felt welcome,” Sanford said.

The gun range manager says besides its success, the offer has also received its share of negative criticism.

“We’ve had some people that have actually been pissed off at us for doing this because they think we should be doing it for everybody – and we do offer a class for everyone all the time every weekend,” Sanford said.

Considering the course’s massive popularity, the general manager is encouraging other gun ranges across the nation to offer a similar deal.

“I hope that other gun shops and other gun ranges around the country will do the same thing, because we need this 3.8 percent of the population.”