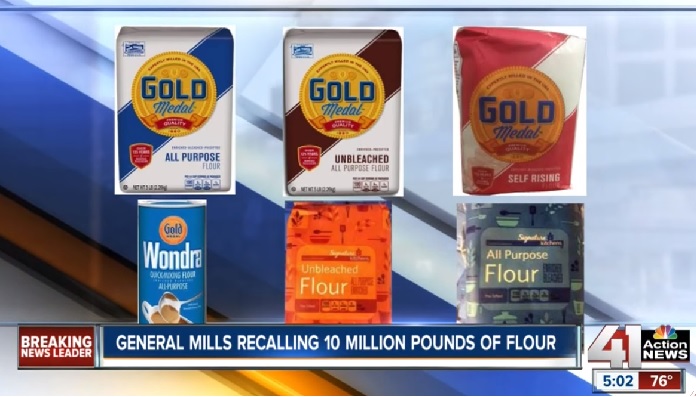 General Mills has recalled an estimated 10 million pounds of flour over fears that they contain the E. coli virus. Over 38 people have been stricken with the virus in over 20 states, and General Mills has linked it to their flour.

This E. coli outbreak is caused by the strain O121, which causes cramps, bloody diarrhea, vomiting and can potentially lead to a life-threatening situation. The Centers for Disease Control noted that most people who became ill with this particular strain recall baking something homemade prior to becoming ill.

Several in this group noted that they have used the General Mills brand of flour. It was also noted that many of those who presented symptoms of E. coli had also eaten raw dough or batter while making their homemade treats, which General Mills specifically advises against.

General Mills also notes that older and very young individuals, and those with compromised immune systems are most at risk for developing E. coli. The particular populations should take special precautions not to consume raw dough or batter and to wash their hands thoroughly after touching flour.

“While have not found any presence of E. coli O121 in any General Mills flour products or in the flour manufacturing facility, and we have not been contacted directly by any consumer reporting confirmed illnesses related to these products, we want to take an active part in helping to prevent food borne illnesses.”

General Mills has urged anyone who thinks they may have E. coli to contact their doctor. If they are diagnosed, they are asked to report to their local health authority.

Flours being recalled include:

Individuals engaging in cooking projects should be aware that baking or cooking items with flour in them will automatically destroy any bacteria. Consumers should also take care to wash off any utensils or cooking items that come into contact with flour thoroughly after use.