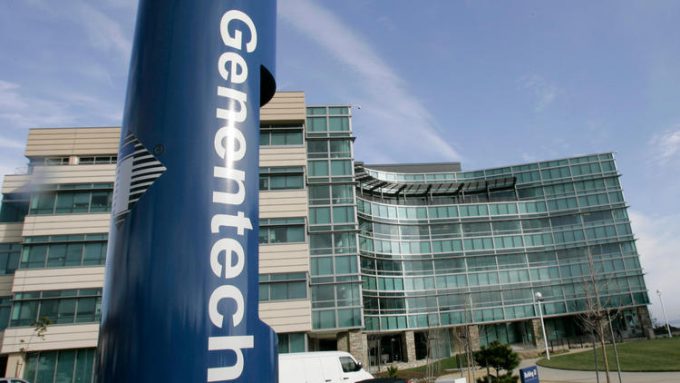 Two drug companies, Genentech and OSI Pharmaceuticals, have agreed to pay $67 million to settle a whistleblower lawsuit accusing them of misleading doctors about the effectiveness of a cancer drug called Tarceva. – By agreeing to the settlement, neither company admitted any guilt.

Federal prosecutors in San Francisco announced the settlement on June 6, 2016.

The whistleblower, Brian Shields, had worked as a Tarceva sales representative, and later as a product manager. He filed the lawsuit in 2011 under the False Claims Act. Shields and his attorneys will receive $10 million of the settlement. The remainder of the settlement will be divided between State Medicaid programs and the federal government.

The former Army helicopter pilot said that when he complained about some Tarceva promotional materials, his supervisors told him he “was not a team player.” [1]

Shields alleged that the company had provided doctors and medical professionals with misleading information about Tarceva. According to a news release received by CNN, the companies had led doctors to believe that the drug would be effective in a broad patient population.

But Genentech and OSI knew there was little evidence to support that claim, and that Tarceva had been shown to be effective only in non-small-cell lung cancer patients who had never smoked, or who had a particular genetic mutation in the epidermal growth factor receptor (EGFR), which is involved with cancer growth. The lawsuit alleged also that the companies’ promotional materials discouraged testing for EGFR mutation.

Additionally, the companies’ marketing materials and communications with doctors from 2006 to 2011 had led physicians to prescribe the drug for newly diagnosed patients, even though the FDA had only approved Tarceva as a second-line treatment. [2]

The companies were also accused in the suit of giving physicians illegal kickbacks disguised as payments for making speeches or for serving on Genentech’s advisory board.

Sales reps nationwide were “instructed to spend lavishly” on doctors, and were given “an unlimited budget to wine and dine.

An attorney for the whistleblower said:

“Not only does this case involve a cancer drug, but it is [the] first False Claims Act recovery involving allegations of a drug manufacturer making misleading representations about its drug’s survival data.”

Because of Genentech and OSI’s dishonesty, some patients died sooner than they might have if they had taken a first-line medication, the whistleblower alleged.

“Cancer patients only get one shot at first-line treatments, and defendants took that opportunity away.”