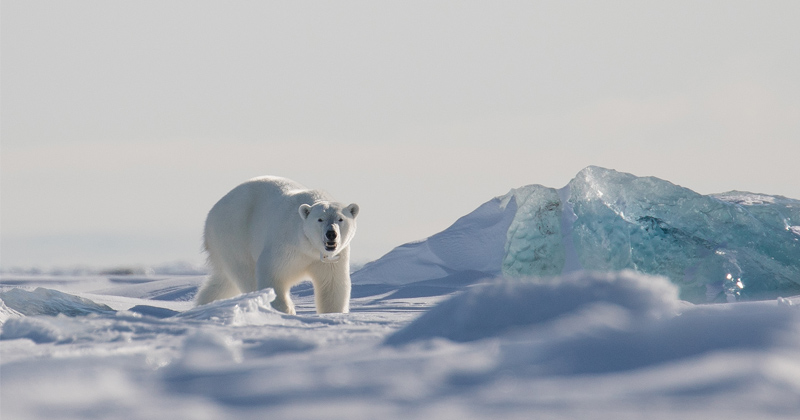 Polar bears are out, and pictures of people in misery after natural disasters and choking on smog are in. The suggested shift what “journalists” should focus on when covering the so-called “climate emergency” comes from The Guardian’s picture editor Fiona Shields, who argues “we need new imagery for new narratives.”

There’s one other convenient benefit: Polar bears are thriving in the changing climate, an inconvenient truth that contradicts the doom-and-gloom narrative promoted by climate alarmists.

“We know, from years of experience, that people love polar bears and pandas, so it is easy to see how these appealing creatures have become the emblems for the topics of endangered species and what we previously termed as global warming,” Shields wrote.

“Often, when signaling environmental stories to our readers, selecting an image of a polar bear on melting ice has been the obvious – though not necessarily appropriate – choice,” she continued. “These images tell a certain story about the climate crisis but can seem remote and abstract – a problem that is not a human one, nor one that is particularly urgent.”

The idea to focus instead on pictures of Chinese with smog masks and piles of plastic trash in developing countries comes from a group called Climate Visuals, an arm of the UK Climate Outreach lobbying group.

Alex Jones breaks down the mindset of a population so disenfranchised from a lying establishment media that they believe the earth is flat.
By the way, our Everything Must Go Emergency Sale is now live! Get 70% off Survival Shield X-3 and an additional 50% off other products with free shipping and double Patriot Points!

Climate Outreach bills itself as “a team of social scientists & comms specialists passionate about helping organisations communicate climate change beyond the green bubble.”

Shields is all in.

She’s convinced photos of folks basking in the sun at the beach or enjoying a snowy day sledding with their children are an injustice to climate change, and journalists should focus on “getting the emotional tone of imagery in line with the issue.” She wants other climate “journalists” to “join the conversation,” as well.

“So, although scenes of children playing in fountains and everyone racing to the beach can be uplifting and irresistible, we have to be mindful of the tone of our journalism,” Shields insists.

There’s another good reason for climate change crusaders to shift away from pictures of polar bears: bear populations are booming, which undercuts the narrative that the changing climate is ruining the planet.

Native Inuit in parts of Nanuvut, Canada argued last year that polar bear populations are much higher than Canadian scientists think, and demanded the right to manage bears with “Inuit knowledge” rather than western science, which typically relies on data and computer models.

“(Inuit knowledge) acknowledges that polar bears are exposed to the effects of climate change, but suggests that they are adaptable,” natives wrote in a proposed management plan cited by CTV News.

Inuit leaders pointed to obvious signs of increasing bear numbers, such as two Inuit who were killed by the animals in 2017, and called for reducing numbers in some areas.

“Inuit believe there are now so many bears that public safety has become a major concern,” Inuit leaders wrote. “Public safety concerns, combined with the effects of polar bears on other species, suggest that in many Nunavut communities, the polar bear may have exceeded the co-existence threshold.”