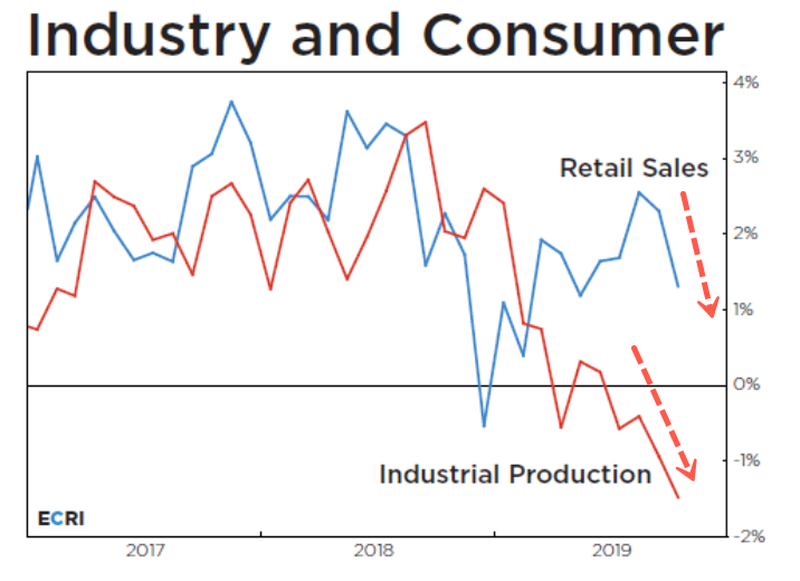 Black Friday is undergoing a transformative period where consumers are ditching brick-and-mortar stores for online shopping.

Reuters noted Friday, that traffic volumes at stores across the country on Thanksgiving eve were soft — and it’s likely the trend will continue through the weekend.

Though traffic was steady at Walmart, Target, and Lululemon.

As of noon, Salesforce.com observed online sales of $7.4 billion on Black Friday, 16% higher than a year ago.

“It speaks to the fact that we’re amidst this digital transformation that’s happening for both the consumers and the retailers,” Rob Garf, vice president of industry strategy and insights at Salesforce, told Bloomberg.

Some other possible reasons behind the weak turn out could be due retailers already offered an entire month of aggressive sales leading up to Black Friday. There are often limitations of how much a consumer can purchase as credit card rates soar to 25-year highs.

China blinks and 45 visits Afghanistan! DO NOT listen to this censored information! DO NOT share this link!!! Black Friday Show Live With Alex Jones! London Attack, E. Michael Jones & More! DON’T tune into this LIVE Black Friday broadcast! They don’t want you knowing any of this information!!
By the way, get DNA Force Plus 50% off and get a free bottle of Brain Force Plus now!

The National Retail Federation (NRF) polled consumers earlier this month who said most of their shopping has already been done, many of whom took advantage of the deals leading up to Black Friday.

NRF said retail sales for November through December are expected to increase by 3.8% to 4.2% YoY, for a total of around $730 billion, but a larger portion could be coming from e-commerce.

Another reason for the softer turn out could be generational trends. As millennials take over the workforce, they don’t want to follow in the footsteps of their ‘Ok Boomer’ parents who have been herded like sheep into stores for decades. Millennials would rather “Netflix and chill” while surfing for deals on their mobile devices.

There’s also evidence that the US economy is rapidly slowing and the US consumer is pulling back on spending as a recession could be nearing. The chart below shows the industrial recession has likely transmitted weakness into the consumer, which could produce a rather weak holiday spending period.

As for some evidence of consumers ditching brick-and-mortar stores this Black Friday, we turn to Twitter:

No Baby Yoda until January. “to keep it a secret”. Plenty of secrets from Frozen II are available. $LB is a ghost town. Specifically the bordello in a ghost town. $M wasn’t terrible(!).

Most traffic at Lulu or coffee. Black Friday is dying. pic.twitter.com/0BsX8eyGxz

Retail of the Damned: plenty of associates available at Forever21, Builda-a-Bear and Express.

Against my better judgement I agreed to take my daughter to the Castleton Square Mall in #Indianapolis for #BlackFriday shopping. I was shocked to see no traffic jams, plenty of parking, and some stores with few customers. I just might liquidate my retail stocks on Monday😂 pic.twitter.com/IV7n38L9NM

And to get an idea of what Black Friday used to look like before the consumer went broke and the internet came around. Here are a few short minutes of fights, stampedes, riots, and utter chaos, all over cheap plastic junk that was mostly made in China.