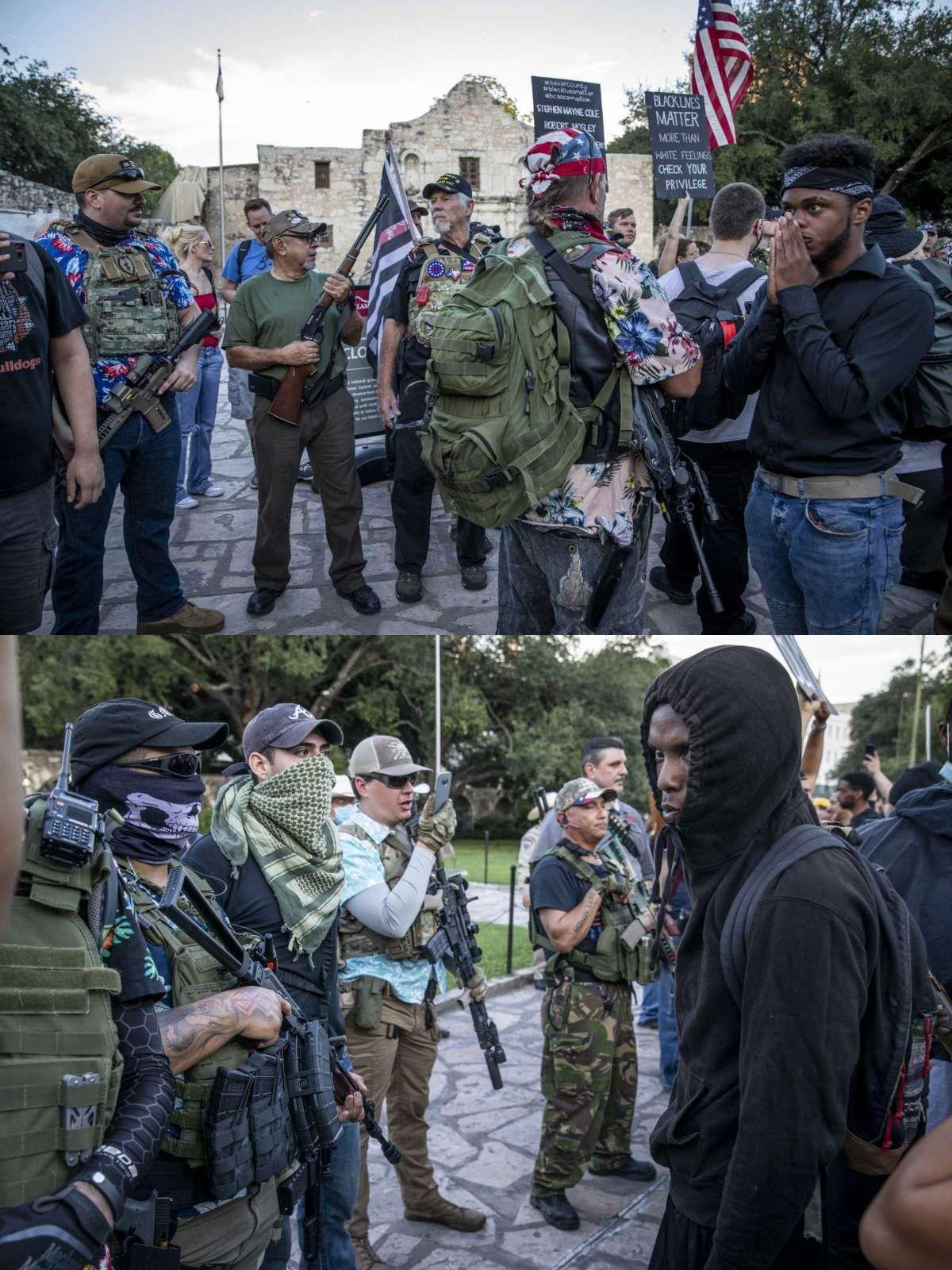 Armed Texans defended the Alamo historical site from protesters and vandals over the weekend, preserving the iconic battleground that’s stood for over 150 years.

Photos out of San Antonio, Texas, show an armed militia helping police block George Floyd protesters from attacking the monument where Texans stood their ground against Mexican forces in 1836.

Texans have been protecting the Alamo for days pic.twitter.com/oypKI1ozR5

A group dubbed the “This is Texas Freedom Force” took credit for defending the Alamo and its cenotaph monument “all night” Saturday.

The scene in front of the Alamo at the San Antonio protest. #protests #SanAntonioprotest pic.twitter.com/dfxP2QpnQb

Angry protesters reportedly called for “burning down the Alamo” according to various social media posts.

People saying “burn down the Alamo” WHAT THE FUCK. Bitch get the FUCK out of San Antonio Texas if you don’t fucking have respect. LEAVE. This has nothing to do with what y’all are protesting. OMG

The cenotaph on the Alamo was vandalized this morning with racist remarks pic.twitter.com/z35WTUjcgC

Footage of Saturday night’s protests also showed protesters being kept at bay by metal fencing and a strong police presence.

Protestors are now at The Alamo where they're being blocked off by both San Antonio Police and metal fencing. pic.twitter.com/tMOF4w9yTi

Another shot shows police using tear gas to clear the streets near the Alamo.

BREAKING: Police are using tear gas against the remnants of protestors in #SATX pic.twitter.com/enJlhMl3Us

“Nearly 40 businesses near the Alamo and the Riverwalk were vandalized Saturday night as the protests turned violent,” reports WOAI. “Three San Antonio police officers were injured.”

Infowars laid it all out. And here we are. A Pandemic paralyzed the Country. Protest has escalated into rioting and looting.