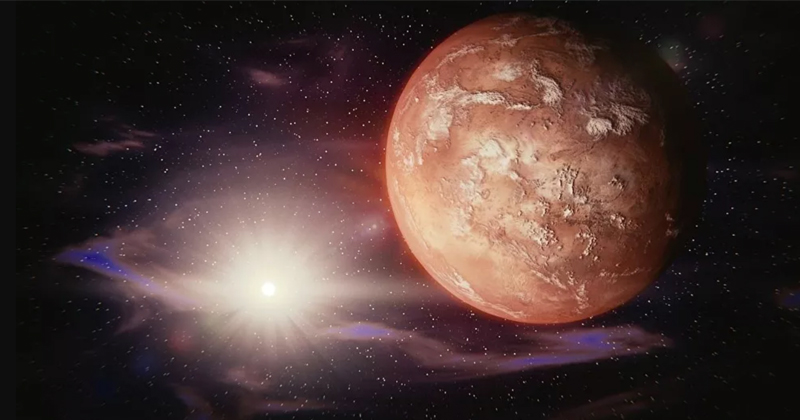 The Ries crater appeared 14.8 million years ago after a giant asteroid hit the Earth.

The crater, which is 15 miles (24 kilometres) in diameter is home to the town of Nördlinger, which was built inside the impact site in the 9th century.

Scientists say an ancient crater in Germany may shed light on the background of Mars and whether there was ever life on the Red Planet. Its chemical composition is similar to the Jezero crater on Mars.

To sustain life, planets must have water. According to NASA’s research, 4 billion years ago, there was water on Mars, but scientists do not know how it appeared on the planet.

They say that at that time, the Sun did not generate enough warmth for water to be present on Mars and hence water might have appeared in some other way.

That is where Ries crater comes in. Scientists studied samples of the impact site and discovered that they have a high pH due to the ratio of their nitrogen isotopes and high alkalinity. Mars also once had high alkalinity and a neutral pH, which scientists say is a manifestation of CO2 or carbon dioxide, which also warms the atmosphere, thus potentially creating the conditions for water and life.

“To have made the planet warm enough for liquid surface water, its atmosphere would likely have needed an immense amount of greenhouse gas, carbon dioxide specifically”, said Chris Tino, co-author of the study.

The fact that Mars once had water doesn’t mean it was home to such complex life as animals, but various microorganisms could have existed on the Red Planet.

To confirm their hypothesis scientists need to study samples from the Jezero crater on Mars, which will be delivered by the Mars 2020 rover mission. This, however, won’t happen anytime soon. According to Professor Timothy Lyons at the Department of Earth Sciences at the University of California, it could take 10 to 20 years before the rover brings samples to Earth.

Mike Adams guest hosts The Alex Jones Show to break down the pitfalls being set for Trump amid the coronavirus outbreak.