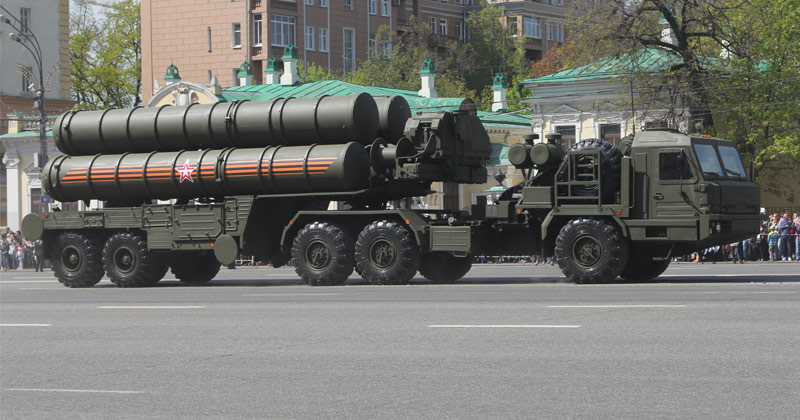 Replacement missiles for the S-400 anti-air missile system sold to China by Russia last year have been sent, according to media reports. Some of the system’s missiles and other equipment were damaged in a storm in the English Channel in December 2017.

The replacement missiles departed from Russia at the beginning of April, The Diplomat reported, citing Russian military-diplomatic sources. It’s not known how many of the interceptors were damaged and required replacement.

Beijing bought six units of the advanced anti-air interceptor system in 2015 for $3 billion, but the first batch was delivered only in April 2018, following several months of delays caused by a storm in the English Channel in December 2017. The tempest damaged several components of the system, including some of the missiles and auxiliary equipment, causing the ship to turn back, Sputnik reported, citing Russia’s defense industry cooperation service.

Alex exposes the left’s obsession with domination over those they disagree with.

In early April, Sputnik reported that the second shipment of S-400s would arrive this summer, five months earlier than expected.

The S-400 is highly sought after because it’s both effective and cheap compared to competitors like the US’ MIM-104 Patriot. With a range of up to 600 kilometers and an effective intercept altitude of up to 27 kilometers, an S-400 unit can reportedly handle up to 72 missiles simultaneously flying at 36 different aerial targets.

Each unit includes a control center with radio location system, an all-altitude radar station, a portable antenna tower and up to six air defense systems, which are themselves composed of a radar station and up to 12 launcher systems. Each launcher system consists of four tubes on the back of a truck, which rotate to launch vertically, enabling them to fire in any direction quickly.

China is the first country to buy the systems from Russia, and has made them a key component of its Rocket Force. Since the 2015 deal was inked, though, many other nations have sought to buy the systems as an alternative to Washington’s, too — a practice the US has sought to curb, sometimes with sanctions, as it has done with Turkey.